Karolina Goswami a YouTuber will definitely inspire you

If you want to become a good YouTuber, then first you must see Karolina Goswami's channel and her video list. Now would like to know who is Karolina Goswami, the name does not seem to be Indian. So let me give you a little bit of information here.

Karolina Goswami is a YouTuber born in Poland. She is married to Anurag Goswami and now that India is her own home. When she came to India from Poland, she might have had some other thoughts about India in her mind. But when they got married and they recognized the living conditions and culture here in India, she may felt that India is not what the promoted by so-called journalists of India, tell the world. That's why he started telling this thing to the world through YouTube. She created a channel on YouTube called "India In Details", where she tells the world about the unity, integrity, and culture of India that she herself has seen and felt. 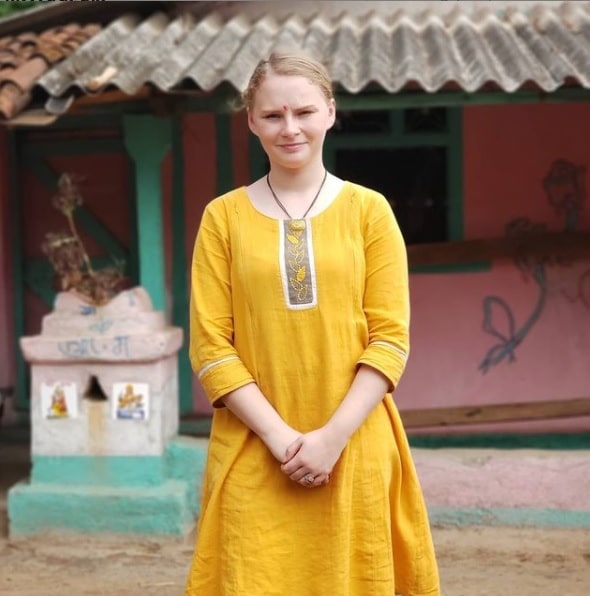 it has not been told to me by Karolina Goswami, but I felt it myself after watching her channel and videos. And maybe that's why I am writing this article today so that you too can learn some positive things from her. If you also watch her videos then you will know that I am not wrong.

Because along with Karolina Goswami, every Indian knows that India has never attacked any country, nor occupied anyone's border. Indian people consider the people of this world or earth as one family. The roots of Sanatan Dharma's rites are so deep that the Mughals, then the British all tried to uproot them but could not be completely successful. 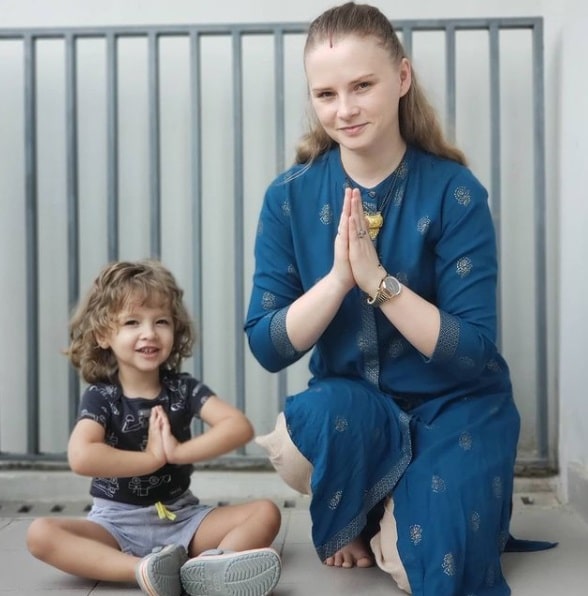 Karolina Goswami was so impressed with these traditions of India that she started telling the world about them. Today she talks about India and Indians. When you know positive things about India, you will be surprised that even after taking birth in India, you could not know those things which she is knowing.

In India, women are in demand to fill vermilion, bindi, wear mangal-sutra, then the same men wear Raksha sutra, wear kurta pajama, or apply tilak, etc. But now it seems them to old fashion, then the same Karolina Goswami gives great respect to these cultures, rituals, and festivals of India.

When I showed Karolina Goswami's videos to my family, they were surprised. What we really are and what the world has made us. We don't have to follow anyone, we Indians should be proud of who we are. Our economy can never be bad because every month there is some festival in which we have to do some shopping, which feeds the Shudras.

Does shudra mean some lower caste?

In our Puranas, people were divided according to Kama Artha Karma so that their care or protection, food, and drink could be taken care of.

Let's look at it in today's context -

Did you find anyone here lower or upper cast? yes, nobody can find it.

There are thousands of examples etc.

People supported by China and Pakistan always think that when India's culture will end due to which people start fighting among themselves. And taking advantage of this fight, make this country a slave again and loot its wealth. Perhaps Karolina Goswami understood this and thought that what is right in India that should be told to the world. Today Karolina Goswami is doing a very good job of telling the world about India.

Today Karolina Goswami has millions of followers on YouTube, Facebook, Instagram, Twitter, in which people from all over India and the world are connected. Because they want to know India. That's why I told you to watch Karolina Goswami's YouTube video because the world is ignorant of India's culture and Vedic knowledge. Karolina Goswami sometimes also answers those wrong articles which some journalists born in India send by writing to the international media, the international media probably publish on their portal without knowing the truth. It is a clear human-rights violation for those who stand on the right side. Because International media always supports for few peoples stand in the wrong (left) side. 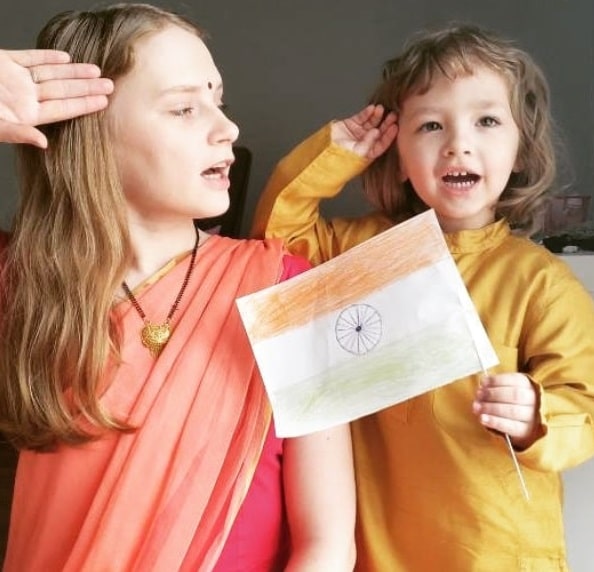 On Karolina Goswami's video, some such people will also get comments full of contradictory things. So you understand that those people do not want anyone to talk positively about India. Because only positive facts can move you and me forward in life. And negative facts make us fight amongst ourselves.

You will also find people who will say who is funding Karolina Goswami? Does he have any connection with BJP, etc etc? But don't worry, these things will also be spoken to you, instead of taking it wrong, you should continue with your work as an achievement. Because the country should be first from everything. Nobody can stop you to tell positive things about India.

So I am also very impressed by Karolina Goswami, Karolina's parents have brought her up very well, that's why there is so much positivity in her. I pray to God that he should go ahead and progress.

Here's Some Information About Him That You Should Know Today -

BLOGGER
I am waiting for your suggestion / feedbacks, will reply you within 24-48 hours. :-)

Thanks for visit my Blog