What should be the aims of education in India?

There was a time when it was said that India is the land of snake charmers. Most of the population of India is illiterate. The few things in this were also true. It was not that there was no system of education in India. But the Gurukul system was ended by fraud in which foreigners entered the country on the pretext of trade, saw the provoking shortcomings in the system, and used them. Whether he was an Arabic merchant and later Robert Clive (British).

Should history be forgotten?

It is not that history should be forgotten. One should always read the mistakes of history. Whether it is Jaichand's betrayal of Prithviraj for personal enmity, or some states of India won by the deceit of the Mughals. You will get to understand history by reading books like "1857 Ka Swatantraya Samar" or Mopala.

If you want to identify your ideology or yourself, what is your tendency, for whichever you choose in the moderate (Naram Dal) or extremist party (Garam Dal), will tell your tendency.

The main objectives or Aims of education should be -

Well, let me come back to about education system in which the government has made many changes recently.

Still, I have some suggestions from my side. The main aim of education should be to provide skill, etiquette, scientific intelligence, patriotism, and self-defense to the youth of society in every field. Which still needs to be emphasized further.

Although there is an Opinion about that What should be the basic aim of education in the democracy of India? for example -

1. Skills in every field

If you are interested in repairing electric devices, then what is the use of studying history and botany, because they will not work in your life at all? According to your choice and interest, you should take education related to electric devices so that you become a job creator and not a job seekers.

If you have come to repairing electric devices and you have become a master in that field, you have also started earning a lot but your behavior is not good. That is, if the behavior is not polite then that money will not be of any use. Because without social etiquette, the peace of you and the society gets disturbed. For example, social etiquette was mostly found by reading the Sanskrit language, but the previous governments of the country abolished that language from the system of elementary education so that eliminating the culture of the country from the country, it could generate selfish people here, it's beginning for free. Name vote can be understood. There is neither political etiquette nor personal here.

I am satisfied with the efforts being made by NCC for patriotic education. Because in it the army of the country gives its service and educates the children. I had participated in NCC, so the work there was very good. I will also get my children admitted to NCC.

I am not satisfied at all with self-defense education. In our scriptures, there is a description of the education of various weapons for self-defense, but today I see the darshan of weapons only while going out for worship on Dussehra.

Self-defense should be given to all the youth and women of India because the person who cannot protect himself or save his life, how will they will protect the country or society?

What kind of situation arises or can happen due to lack of self-defense, for this you should understand the violence on Hindus by Moplah in Malabar. But be careful and keep in mind that it is a sin to attack someone and it is absolutely wrong to break the law, but self-defense is a duty and no law will be broken. Therefore, formal education must be given. And be alert to protect yourself and your family and country.

Indian education should have the ability to preserve its culture. Every country preserves its culture. There is no country that in the name of secularism has tried to equalize the population of its own country according to religion. This effort is going on in India only. Those who do this are selfish leaders who see their family but not the future of their own family.

Therefore, the increase of the geographical population according to religion is the biggest weakness of that country, which is being done for selfish reasons. 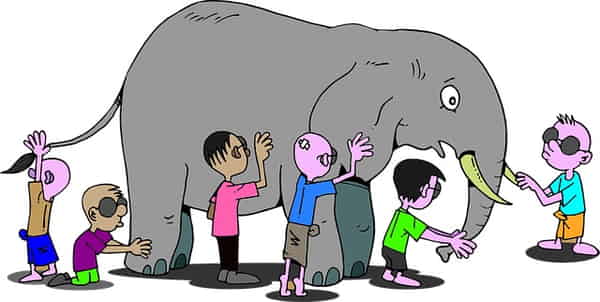 Disclaimer - The words used here such as selfish, atheist, etc. mean, that even any line or paragraph is not meant to hurt anyone's feelings. This is the author's own opinion, if you do not agree, then register your disagreement in the comment so that I can make changes to it.

BLOGGER
I am waiting for your suggestion / feedbacks, will reply you within 24-48 hours. :-)

Thanks for visit my Blog